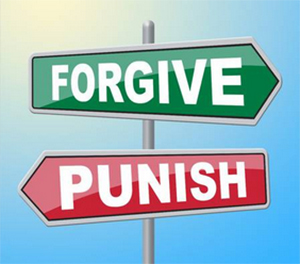 Imagine you have a co-worker whom you like a great deal. Imagine further that you learn he has been accused of being a (take your pick) racist, anti-Semite, or homophobe, and that a picture is circulating that appears to prove the allegation. How should you proceed to treat him, to work with him, to interact with him?

Over the last year or so, we’ve seen this scenario play out with respect to politicians, athletes and entertainment industry figures. Some have been skewered and hung out to dry while others seem to squeak through somewhat unscathed. What factors should go into our calculus in the workplace environment when making these determinations?

We should be able to forge a reasonable approach to these situations as opposed to having knee jerk reactions each time one arises. Here are some factors I believe we should consider:

Concrete Approaches To These Dicey Situations

It’s a darn good bet that you will come across someone who is or was racist, homophobic, or anti-Semitic, either at work or in your personal life. If you’d like to have a dialogue about the best approaches to take, give us a call at 301-520-9511 or email bob@epi.coach

david@epi.coach
917 484-2771
linkedin
Epicoach is happy to provide a complimentary, 30-minute session to prospective clients to see if there is a good fit. We recommend that the first session be in person. Succeeding sessions can be in person, via Zoom, or telephone/Facebook.

This website uses cookies to improve your experience. We'll assume you're ok with this, but you can opt-out if you wish.
Cookie SettingsAccept All
Manage consent

This website uses cookies to improve your experience while you navigate through the website. Out of these, the cookies that are categorized as necessary are stored on your browser as they are essential for the working of basic functionalities of the website. We also use third-party cookies that help us analyze and understand how you use this website. These cookies will be stored in your browser only with your consent. You also have the option to opt-out of these cookies. But opting out of some of these cookies may affect your browsing experience.
Necessary Always Enabled
Necessary cookies are absolutely essential for the website to function properly. These cookies ensure basic functionalities and security features of the website, anonymously.
Non-Necessary
Any cookies that may not be particularly necessary for the website to function and is used specifically to collect user personal data via analytics, ads, other embedded contents are termed as non-necessary cookies. It is mandatory to procure user consent prior to running these cookies on your website.
SAVE & ACCEPT